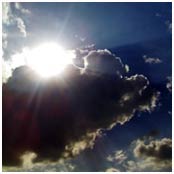 Eric Cullin was a successful owner of 5 Tim Horton Donut Franchises. These thriving locations kept him very busy and provided for him and his family. Several years before his accountant had suggested that he should really consider buying a disability insurance policy to replace his income in the event of unexpected illness. At first Eric resisted thinking those types of things happened to other people, and his family history was one of great health and long life. His wife, urged him to buy the policy because they were doing so well and could afford the premiums, and so Eric relented and purchased the policy.

Eric was the father of four children. His oldest son had been accepted on a rowing scholarship to Yale and Eric was really excited about his son's future prospects. His son Eric Jr. attended Yale for his first semester in the fall of September, 2003. He had a great fall semester and was on his way home for the Christmas break, when tragedy struck.

While driving home he had a head-on collision with a drunk driver, suffering a massive head injury and was pronounced dead at the scene.

Eric and his family were in a state of shock. Initially, Eric Sr. continued to run his franchises and was working even harder to try and bury his grief, but within 6 months of his son's death, Eric Sr. had a nervous breakdown. He was in a deep depression and couldn't find the drive, energy or focus to carry on his business.

He put in a claim under his disability insurance policy, and was initially approved and received benefits for a period of 3 months. At that point, the insurer asked Eric to see an independent psychiatrist to determine his current level of functioning and prognosis. This psychiatrist felt that his medication could be managed better and indicated that with the correct treatment, Eric could be back running his business within a further 3 months.

When those 3 months came and went, Eric was no better, and continued to see his family doctor and psychiatrist on a regular basis. The medication had been altered but to no avail.

In the meantime, the managers that Eric had in place continued to operate his franchises, however, 2 of the 5 locations had fairly junior managers and the absence of Eric started to be felt.

They could hold on a little longer, but they needed Eric to return or something was going to give.

At the end of the additional 3 month period (Eric received a total of 6 monthly payments), benefits were terminated owing to the opinion of the independent psychiatrist.

Eric still showed no interest in his businesses and was having difficulty just maintaining his personal hygiene. The loss of his son took away his drive for living and now the insurance company removed any hope that he would recover from the depression to return to his business.

It was at this point that Eric and his family found Share Lawyers. Eric's family couldn't' believe that the insurance company could be so heartless and they wanted justice. They wanted Eric's dignity to be restored so that he could be given a fair chance to recover from this devastating blow.

We told Eric and his family disability claims based on depression or mental disorders were difficult because they were largely based on subjective complaints and symptoms that were hard to prove. Clearly, the cause of Eric's depression was easy to see, and Canada Life even initially accepted the claim.

We prepared Eric for a long battle, hoping that Canada Life could be made to see the light. If he had the support of the insurer to tide him over until he was able to return to the franchises then hopefully the businesses could be saved. Reports were compiled to prove that while the franchises continued to operate, the net income to Eric was declining due to his inability to put any time or effort into the running of the stores.

In addition, further medical reports were sought and obtained, with treatment plans that were designed to provide a clear picture of how Eric might overcome his depression given time and extensive counseling.

Canada Life compiled their own reports with their experts that tried to peddle softly around the family tragedy that led to Eric's depression, but faulting Eric for not doing more to overcome his depression, and almost suggesting, indirectly, that he was trying to exploit the tragedy for his own financial gain.

They found some former disgruntled manager, who was no longer employed by Eric, who was prepared to say that Eric always talked about early retirement, and that he wasn't going to run these shops forever.

After the gathering of the reports and their diametrically opposed approaches to Eric's situation, we and the insurance company's lawyer decided it made sense to sit down and see if the case could be settled in a mutually agreeable way.

With the help of an experienced mediator, and after many contentious hours, a settlement was reached that paid Eric the back payments he was owed and also provided for a lump sum for future benefits for a reasonable period of time that both sides could agree to. This would give Eric the freedom to overcome his tragedy without the insurance company constantly looking over his shoulder.

The policy continued to be available for future claims outside the periods for which benefits were paid, should Eric suffer other disabling conditions.

With the settlement in hand, Eric was able to start seeing some light at the end of the tunnel. He began to realize that nothing could bring Eric Jr. back but he still had a lot to live for with his remaining family.

*Names have been fictionalized to protect the privacy of our clients.

Do You Have A
Disability
Case?

In the acclaimed new film Sound of Metal, Riz Ahmed (Nightcrawler, Rogue One) portrays Ruben, a professional drummer in a heavy metal band who finds his life completely upended when he begins to lose his hearing in the middle of a cross-country tour. The film explores his journey towards acceptance of his hearing impairment not as a disability but as a new way of living.

Kelly had been thrilled when she first found out she was pregnant when she was 36. She was less excited when she realized she’d be giving birth during a pandemic. The thought of raising a child in the middle of a global health crisis only compounded the normal pressures that everyone faces when starting a family.

Ellen, 40, has been dealing with severe neuropathy (nerve damage) in her feet and legs for several years. So far, it has been manageable and she is grateful that she’s been able to keep her job with the city government, especially because of the additional medical benefits it provides.